Would you look at this?! It’s the last day of February, and I’m actually posting an ON-TIME monthly recap!

So in last month’s recap, I mentioned that I’d finally been diving back into my novel. Throughout February, I did more diving; spent a few days frolicking underwater as a graceful mermaid; came back up for air; lost my beautiful mermaid tail; and am now stranded on a desert island, surrounded by shark-infested waters and unable to swim.

If I lost you with that confusing analogy, I apologise. I’m feeling rather lost and confused myself.

I wrote just over 7000 words in Feb, which brings me to about the 12,000 word mark in this redo of my first draft. Things were pretty up and down with writing throughout the month, and I didn’t write as much as I wanted. But I did get into a few good grooves here and there (usually when word-sprinting with Kyra), and for the most part, was enjoying the process.

But then I hit a rough patch. A really rough patch. One that brought home every doubt I’d ever felt about my story, magnified it tenfold, and made it feel impossible to continue.

This is a bit of a tricky one to explain, and I don’t want to ramble on and get too negative here. I may write a more detailed post about this stuff later on, but for now, I’m just going to move on and hope I have a more positive update to share with you at the end of next month. Fins and fingers crossed.

So! Steering out of turbulent fictional waters and back towards the real world, I also wrote a few articles for Writer’s Edit in Feb, about Scrivener, plot twists, and what to do when you’ve finished the draft of your novel. Hopefully writerly types may find them useful and/or interesting: 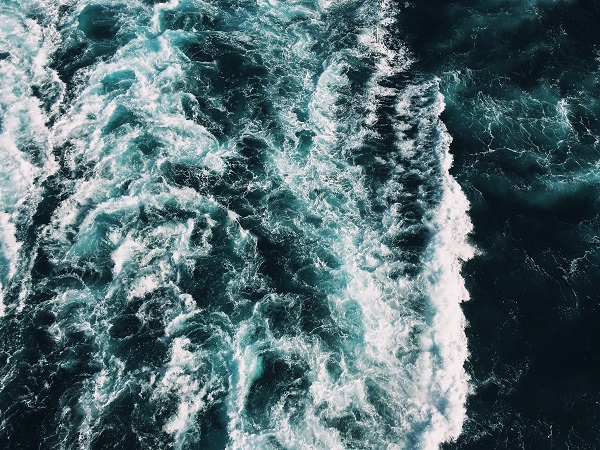 I settled back into a more regular reading groove this month, which was nice. (Goodreads is finally telling me ‘You’re on track!’ – yay!) Once I’d finished the non-fiction book that was my first Feb read, I flew through my next four… And yep, they were all fiction.

I know I vowed to try to read more non-fiction this year, and I will. But I’ve realised that when it comes down to it, fiction is what has my heart. I haven’t read many non-fiction books that had me dying to get back to the story every time I put it down, but I can’t count the times I’ve felt that way about a novel.

So while I will be making more of an effort with my NF reads, I also won’t be denying myself the pure joy of fresh fiction, especially whenever I find myself in a bit of a reading slump and need something to get me back in the game.

Anyway, here’s what I read in February…

H is for Hawk by Helen Macdonald

This one took me a while to get through, but I did enjoy it. I love birds and I’d heard many good things about H is for Hawk, so I made an effort to finally get around to reading it. It details the relationship between the author and the goshawk she purchased and trained shortly after her father died. Goshawks are notoriously difficult to train, and the entire painstaking process is outlined here, woven through with multi-layered meaning and emotional insight.

The book refers extensively to T. H. White and his own hawk-training memoir The Goshawk throughout, but if I’m honest, I thought there was a little too much focus on White. The sections about him were often the ones I found myself struggling to push through, but I do understand why they were included. Overall, it was a good book and I’m glad I read it.

The Good People by Hannah Kent

I really enjoyed Hannah Kent’s Burial Rites when I read it last year, so I was keen to pick up her newest book The Good People, especially after hearing her talk about the process of writing it on an episode of the So You Want to Be a Writer podcast. Set in 19th century Ireland, The Good People is steeped in rich folklore and based on real historical events, exploring pagan traditions and the superstitions and beliefs of a small Irish county community.

Hannah is a beautiful writer – the prose was often stunning and always graceful. I really liked this story, too; I felt super immersed in the setting, got really invested in what was going to happen to the characters, and loved the Irish folklore that formed the book’s foundation. 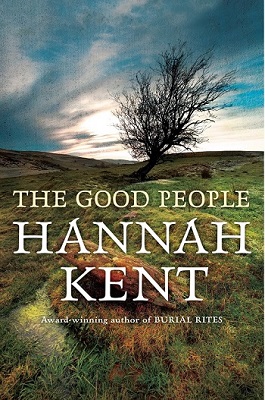 I loved Illuminae by this pair, and Gemina was no different – a rollicking sci-fi rollercoaster ride that’s a lot of fun to read. I’ve always been a sucker for interesting typesetting, and this YA series, set out in epistolary format, really has some fun with this. The story is told through IMs and emails, transcripts of conversations and security footage, memos and illustrations, and countless other bits and pieces. While some people might find this a bit gimmicky after a while, I’m not gonna lie – I ate it right up in both volumes.

The story itself is fast-paced, funny and action-packed, with likeable characters, a space-station hostage situation, murderous, parasitic worm things, and even some quantum physics phun. For me, Gemina certainly lived up to its predecessor in terms of enjoyment, and I’m really looking forward to the next instalment. 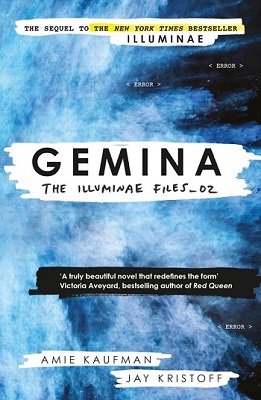 I’d heard a lot about this series but had never actually picked it up – for rather a silly reason. I regularly use Goodreads to find new books, but for a while there, I found myself putting a lot of stock into Goodreads reviews. As in, if a book that I thought looked interesting had a few one-star reviews that had been voted up to the top, I wouldn’t bother adding it to my TBR. But then I read Jay Kristoff’s Nevernight, which I’d previously not bothered with because of a few bad Goodreads reviews – and I loved it. That’s when I realised I was relying way too much on what other people thought, putting far too much stock into what are essentially 100% subjective opinions and not simply reading what I wanted to read.

ANYWAY, long story short, I’d held off reading Red Queen for the same reason, but when I picked it up this month, I really did enjoy it. It’s nothing super groundbreaking, and I didn’t find myself liking the main character Mare as much as I wanted to, but it was an enjoyable read, and I’ll probably continue with the series.

A Darker Shade of Magic by V. E. Schwab (reread)

Oh, how I love Victoria Schwab and the Shades of Magic series. As soon as I picked this book up for the first time last year, I knew it was destined to become one of my all-time favourite series. This is exactly the kind of fantasy I love. It’s set in an amazing world – actually, four worlds, with four parallel Londons; the characters are well-drawn and wonderful; the magic is… well… magical; and Victoria’s writing is seriously excellent. There are some truly cinematic scenes in here, which I can’t wait to see brought to life on the big screen!

I reread this first volume to prepare for the final book in the trilogy, which was released towards the end of Feb. I haven’t reread anything in a long, long time (apart from my two HP rereads last year), because I get overwhelmed by the sheer amount of new books there are to read, and feel like there isn’t enough time for rereading. But with a series that’s as good as this one, I want to see it off right – and that means making some time to rediscover the magic before it all comes to an end. <3

What have you read and written this month? I’d love to hear!